We are delighted to announce that Two Dollar Radio is this year’s recipient of the 2020 GLIBA and MIBA Voice of the Heartland Award.

In his nominating letter to our board, bookseller Gary Lovely (Book Loft, Columbus, OH) wrote, “Since Two Dollar Radio's beginning in 2005, they've consistently published fresh, bold voices and have been a shining example of indie publishing. With only a handful of employees, TDR has managed to grab acclaim from both literary icons and every major reviewer. Not only are the books good, but through their Purchase with Purpose program, they've consistently donated portions of their sales to fight racial inequality, lift up the LGBTQIA+ community, and more.”

On their website, Two Dollar Radio describes itself as “…a family-run outfit founded in 2005 with the mission to reaffirm the cultural and artistic spirit of the publishing industry. We aim to do this by presenting bold works of literary merit, each book, individually and collectively, providing a sonic progression that we believe to be too loud to ignore.” Read their story here https://twodollarradio.com/pages/about-us

Founded by Eric Obenauf and Eliza-Wood Obenauf, Two Dollar Radio’s mission, and especially their commitment to actively elevate and publish the voices of BIPOC authors, is the very embodiment of what the Voice of the Heartland Award seeks to honor.. Their work is meaningful, not only to our collective regions, but also in elevating and expanding the voices heard in American arts & letters. With their bookstore and café, located in Columbus, OH, they have created a “third space” that has proven to be an anchor to its community. Eliza and Eric are also co-founders of The Flyover Fest , an “inclusive and fresh 3-day festival in the North Campus, South Clintonville, and South Side neighborhoods of Columbus, Ohio that engages the city, stimulates creativity, and sparks conversation through multiple arts in walkable, distinctive venues.” Utterly inspiring!

Past recipients of the Voice of the Heartland Award include the Binc Foundation, authors Wendell Berry, Kate DiCamillo, Jim Harrison and Studs Terkel. Two Dollar Radio, only the second publisher to receive this award in its nineteen year history, will be honored in a ceremony on October 15. 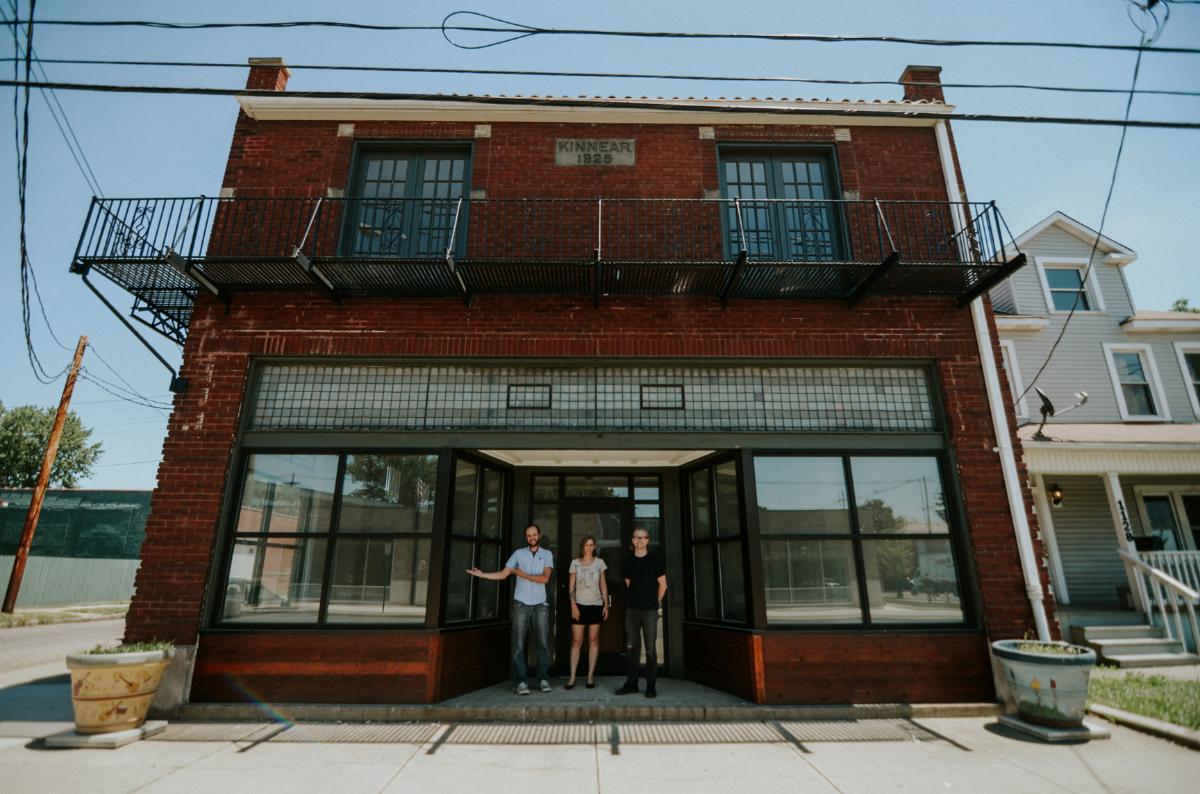 Pictured in the photos are:
Eric Obenauf - Editorial Director, Eliza Wood-Obenauf - COO, Brett Gregory - Assistant Editor / co-owner of Two Dollar Radio Headquarters
The Voice of the Heartland Award has been awarded by GLIBA and MIBA to individuals and organizations who uphold the value of independent bookselling and who have made a significant contribution to bookselling in our combined regions. This mission statement has remained slightly vague to allow us to choose recipients that the committee feels embody the spirit of this statement.
Past Voice of the Heartland Winners
2020 Two Dollar Radio​
2019 BINC
​2018 Kate McCune
2017 Roy Schonfeld
2016 Wendell Berry
2015 Ted Heinecken
2014 Kate DiCamillo
2013 Jim Harrison
2012 Liz Murphy, Roberta Rubin
2009 Becky Anderson
2008 Studs Terkel
2007 Partners Distribution
2001 Indiana Univ Press