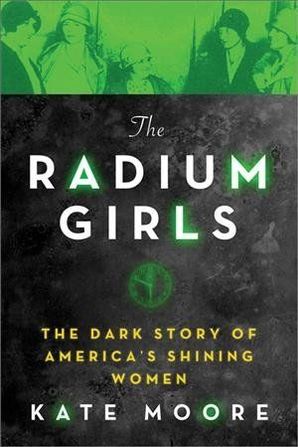 The Curies' newly discovered element of radium makes gleaming headlines across the nation. Hundreds of girls toil amidst the glowing dust of the radium-dial factories. The glittering chemical covers their bodies from head to toe; they light up the night like industrious fireflies. With such a coveted job, these "shining girls" are the luckiest alive - until they begin to fall mysteriously ill.

The Radium Girls fully illuminates the inspiring young women exposed to the "wonder" substance of radium, and their awe-inspiring strength in the face of almost impossible circumstances. Their courage and tenacity led to life-changing regulations, research into nuclear bombing, and ultimately saved hundreds of thousands of lives. 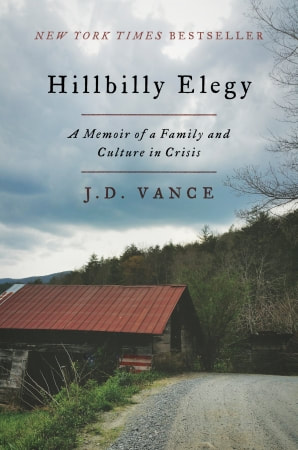 Hillbilly Elegy: A Memoir of Family and Culture in Crisis by J. D. Vance
HarperCollins
​
Hillbilly Elegy  is a passionate and personal analysis of a culture in crisis-that of white working-class Americans. The decline of this group, a demographic of our country that has been slowly disintegrating over forty years, has been reported on with growing frequency and alarm, but has never before been written about as searingly from the inside. J. D. Vance tells the true story of what a social, regional, and class decline feels like when you were born with it hung around your neck.

A deeply moving memoir with its share of humor and vividly colorful figures, Hillbilly Elegy is the story of how upward mobility really feels. 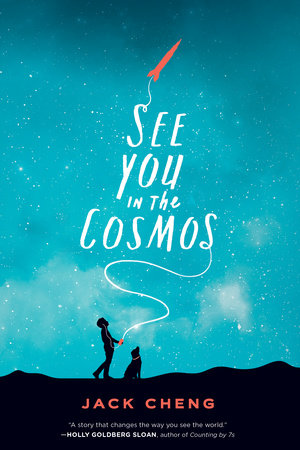 ​11-year-old Alex Petroski loves space and rockets, his mom, his brother, and his dog Carl Sagan-named for his hero, the real-life astronomer. All he wants is to launch his golden iPod into space the way Carl Sagan (the man, not the dog) launched his Golden Record on the Voyager spacecraft in 1977. From Colorado to New Mexico, Las Vegas to L.A., Alex records a journey on his iPod to show other lifeforms what life on earth, his earth, is like.

But his destination keeps changing. And the funny, lost, remarkable people he meets along the way can only partially prepare him for the secrets he'll uncover-from the truth about his long-dead dad to the fact that, for a kid with a troubled mom and a mostly not-around brother, he has way more family than he ever knew.

Ada Twist, Scientist by Andrea Beaty
Abrams
​
Women have been scientists as long as there has been science. They've asked questions and looked for answers to the secrets of the universe. Of soil and stars. Stalactites and seahorses. Glaciers and gravity. Brains and black holes. Of everything. Inspired by real-life makers such as Ada Lovelace and Marie Curie,
Ada Twist, Scientist champions girl power and women scientists, and brings welcome diversity to picture books about girls in science.